A brief history of Derby

It is known that the Romans that first settled in Derby around 80AD, building a fort on high ground near what is now Belper Road, overlooking the River Derwent. Known then as Derventio, it was one in a line of Roman forts protecting the Rykneld Street which connected the northern boundary of the Roman Empire with the routes to the southern coast and ports of England. Some 400 years later Saxons navigating up from the River Trent developed and extended the settlement southwards, creating in effect a suburb of Northworthy. It is recorded at this time that a Saxon called Walda started a dairy farm here in the area known to be Wardwick, which is derived from Walde’s Wick. Many of Derby’s suburbs owe their names to the Saxon settlers, who enjoyed some 300 years of dominance in the area. In the 860s the Danes arrived and Derby became one of the Five Boroughs, or fortified towns, of the Danelaw. At this time Northworthy expanded and the town of Derby developed. By 868 Ad the population of Derby was, for those days, a substantial 1200.

Along with the other Five Boroughs as the 9th century rolled into the 10th century the county of Derbyshire was established, with Derby as its administrative centre. At the time of the Doomsday Book, Derby was “a self contained agricultural community”, much the same as many of the inland towns and cities of the time. Arable and livestock farming was taking place along with fishing in the river. It is also noted in the Doomsday book that the town was “weaving its own cloth”. An industry that would become important to the town in later years. The church of All Saints, later to become a cathedral, is mentioned in the Doomsday Book along with five other churches. The Market Place is known to have been operating in the early thirteenth century, around this time many of the familiar city centre street names arose such as: Sadler Gate, St Mary’s Gate, Walkers Lane and St James Street. In the early 1300s one of the oldest surviving bridges in the country, Bridge Chapel, was built over the River Derwent. This bridge is one of only six in the country of such antiquity. For the next few hundred years little of any note or consequence is recorded of Derby. During the English Civil War the town sided with the Parliamentarian forces, whose troops were garrisoned there between 1642 and 1646. Troops were dispatched from Derby to help with the siege of Lichfield, the battle of Hopton Heath and various engagements in Derbyshire and the surrounding counties.

Probably the most significant event in the history of Derby was the building of the Silk Mill by George Sorocold in 1702. By the late 17th century demand for luxury silk fashion items was at a height. Thomas Cotchett, a Derby solicitor, engaged George Sorocold and John Lombe, who knew the secret of ‘silk-throwing’, to build a mill that used water to power the Dutch weaving machines he had bought. In effect this was the birth of modern industry and the modern factory; by 1730 it was employing 300 people. The development factories and the mechanisation of the weaving industry then took off. In 1759 Jedediah Strutt built a water-powered machine called the ‘Derby Rib’, which along with the Reverend Lee’s Framework knitting machine could produce ribbed hose. In 1771 another landmark was reached in Derbyshire when Richard Arkwright built the worlds first water-powered cotton spinning mill at Cromford, this being the catalyst that really ignited the industrial revolution in Britain. The history of the development of water-powered mills in Derbyshire is now protected and enshrined in a World Heritage Site. At the same time as the weaving industry was developing in Derby, William Dusebury opened in his first porcelain factory on the Nottingham Road in 1750. By 1775 he had been granted a royal warrant and could call his products Crown Derby.
Moving into the 1800s saw Derby developing its metal working and engineering skills building components for the various mills. As the bulk of the mill work moved towards Lancashire and Yorkshire with the advent of steam power, Derby’s engineers adapted their skills to the new steam technology. The coming of the railways to Derby in 1840 sealed the futures of the Derby engineers. First the North Midland Railway, then the Midland Railway Company, set up their headquarters and engineering works in Derby. At the time of the 1801 national census the population of Derby was just under 15,000, by 1850 it was nearly 50,000, such was demand for labour in the town. In 1876 the town had a link to an important piece of marine safety when one of its MPs, Samuel Plimsoll, had his act passed regarding the Plimsoll Line on sailing vessels.

At the time of the 1901 census the population had more than doubled to nearly 120,000 and in 1908 Rolls Royce opened their first engine production plant in the town. 1927 saw the town of Derby also become the dioceses of Derby and All Saints church was re-designated as a cathedral. In 1977, as part of the Queens Silver Jubilee celebrations, Derby was awarded city status and in 1997 it became a unitary authority. 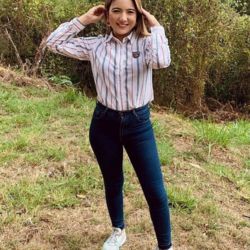